Yet More Theatricals at Philip Payne

Recently supplied emergency lighting will be on duty for upcoming opening nights at the Lyric Theatre, and the Theatre Royal, in the next few months as rebuilding works are completed in and refurbishment concluded at .
Variety - The Philip Payne Speciality
Theatre work has become a speciality for Philip Payne who have made special product variations at many London theatres including The Royal Opera House, The Royal court Theatre, The National, Sadler’s Wells, LSO-St Luke’s and the Roundhouse.
The West End has been particularly busy in recent times where Payne have collaborated with several architectural teams to complete works at The Queens, Wyndham, Prince of Wales, Strand (Novello) and Prince Edward Theatres. 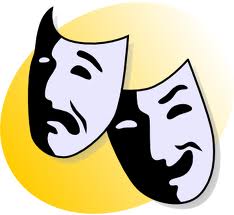 Less iconic and provincial work has also benefited from the aesthetic empathy  that Philip Payne provide when offering product for theatre and specifically auditoria use as demonstrated at The Hull Truck Theatre, Leicester Performing Arts , The Unicorn Children’s Theatre, The Gaiety Theatre (IOM), Theatre Royal Norwich, The Young Vic, The Hackney Empire plus Birmingham’s Hippodrome and Town Hall venues.
Philip Payne not only show the way in designing and producing emergency lighting, but have a depth of knowledge in project completion that can be trusted to deliver to soothe any opening night nerves. Professional, adaptable, flexible. The Architects Choice for every environment.
Posted by Philip Payne at 12:01 No comments:

If you like low key Emergency Lighting – Join The Club

Philip Payne’s SPECTO Automatic Self Testing Emergency Lighting System has been selected for use in The Arts Club in ’s . Discreet LED downlighters and architectural emergency signage will be linked together to centrally report any problems identified in the automatic routine testing regime (problems such as the condition of the batteries or other functional issues).
Founded by Lord Leighton and Charles Dickens in 1863, The Arts Club contains many elegant Victorian features including a marbled Entrance Hall and original staircase and is a regular haunt for many of ’s creative community. Similar in prestige to other Payne Projects such as the Royal Automobile and Army and Navy Clubs in Pall Mall, the environment at The Arts Club demands that attention be paid to all services that are installed onto such a significant and beautiful building. Usage as an entertainment venue means that on site Emergency lighting must be serviced, tested, maintained and results recorded in order to comply with current regulations - SPECTO significantly simplifies this for the Club. 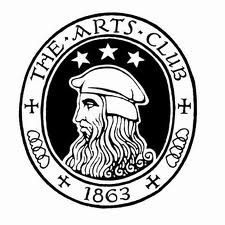 Part of the Philip Payne service is to visit sites to ensure that statutory requirements are met with minimal impact on contemporary, architectural or historic environments. Experience of many listed building projects ensures compromises are not required to meet modern demands, as any Payne product can always be customised or surface finished to compliment surroundings and, as a result, many specifying architects and designers have unofficially become members of the “Philip Payne Users Club”.
Posted by Philip Payne at 17:00 No comments: